Quality Control (Radioplay)
(c) Cecilia Glaesker
The use of the photo is only free of charge in the context of the announcement of performances and with denomination of the author. Any further use of the photos, for example for illustration of reviews, shall be subject to payment of a fee. Please contact the photographer.
Download >

Or: Why I will not press the "cough" button!

The protagonist in this audio-play is a so-called "talking head": immobile from the top of her spine downwards. She has been getting 24/7 care for 20 years now, since she jumped, head-first and full of fun, into the pool at a holiday complex and broke her neck.
For this audio play she sends her carer home, so as to be alone with the listeners. She delegates gestures and postures to the listeners, bringing them along into her acoustic archive, activating the voices of her parents and her sister, and those of her doctors and carers:

"After 2 cardiac arrests, the nurses say: We will keep on asking her whether she wants to live or not until we get an answer.
I say: Of course I want to live.
I would have run for my life.
In my memory I say it loudly and powerfully – yet I must have whispered it:
My voice was hardly back:
"Of course I want to live."
I have survived.
I have survived the Ethics Commission.
The sympathy.
The prognoses about my body
The psychologist’s report
And a puzzling coma.
As my doctor recalls it, I reacted to the question with such panic that I had to be given an injection of sedative.
I could have completely become a vegetable:
The parents' view is that if she had also been mentally disabled as a result, they would have decided against it.
Against life.
And I always think: but life’s OK, isn't it?"

"Quality Control Or: Why I will not press the cough button!" has been nominated for PRIX EUROPA 2014 in the category Radio Fiction. 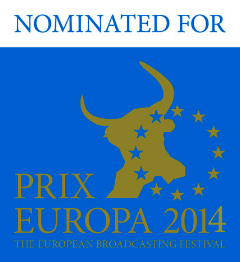